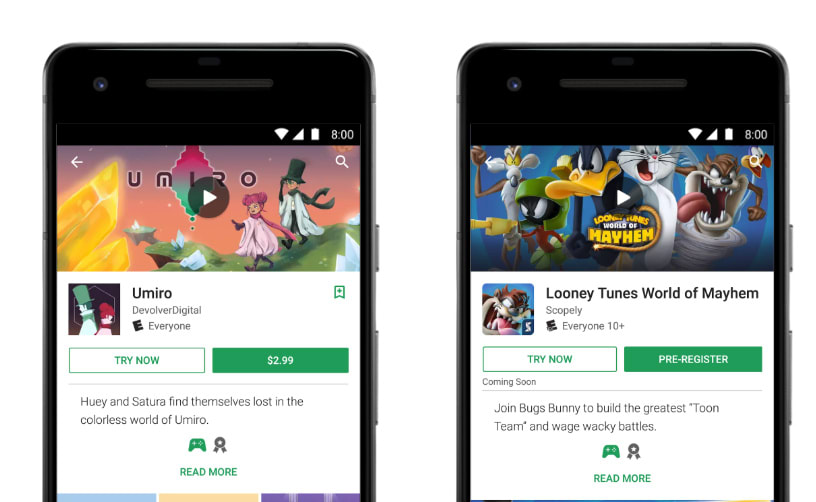 Google has implemented changes to the Play Store, which could translate to smaller applications that are much, much kinder to your phone’s storage and memory. Earlier this year, it introduced a new app publishing format called Android App Bundle that allows the Play Store to install just what the application needs to function. Now Google has announced updates to the format during its annual Play Store event that can ensure apps are at least 8 percent smaller upon download.

Apple’s newest iPhone might arrive as soon as next month

By submitting my information, I expressly permit TodayPortal and its third parties and business partners to contact me by email with offers for goods and services at the email address provided and TodayPortal to use and share my information in accordance with its Privacy Policy and Terms of Service . TodayPortal may also combine my information with additional information obtained from other sources.